Over the last weeks Miku and I have been in conversation with our composers Cassie Kinoshi and Jack Goodwin to come to three separate soundtracks. Both composers have very different styles and backgrounds, which makes for an intriguing input for our editing process. At the beginning of April they received our selected sounds, film stills and impressions. From there they each took the sounds to a new level where the sounds were stretched, distorted and shaped into a rhythmic soundtrack.
Since their soundscapes are simultaneously our timelines in order for Miku and I to edit our films to independently, it will be a real experiment to see how their work influences our editing process.

Miku and I are now in the process of choosing specific footage from each location to start this editing process. The aim for us is to both have the same footage to edit with, but not to communicate on how we are going to edit it before or while we are editing.

The planning was to start this process back in April, but due to serious computer malfunction we had to postpone this process to June.
We will keep you posted on this exciting project of which we are planning a showing of work in progress in the beginning of July! 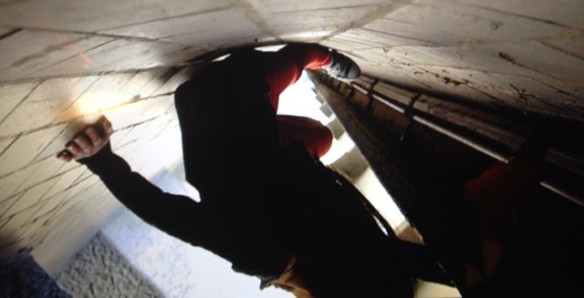